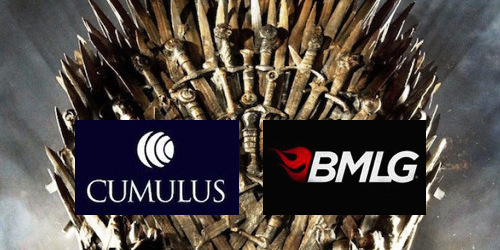 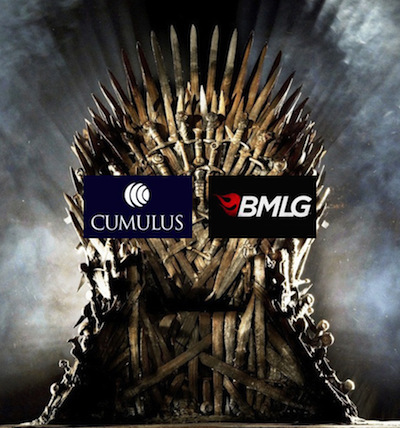 The country music industry used to be predictable, like a Walmart toaster. But today there are so many buttons to push, heating the bread (and bringing home the bacon) has become a lot more complicated. The industry isn’t just about rumors of who will be next to head a major label. It’s more about the survival of those major labels and if they can triumph over players like Cumulus and Big Machine as everyone competes for dominance in country’s latest chapter of Game Of Thrones.

This article will examine some of the disruptive changes and suggest a context in which to view them by highlighting four broad areas; Sales, Radio, Digital Marketing and the Music. Here then, are some observations of how the pieces of the industry chessboard are shifting and what some of the next moves might be…

SALES
We are witnessing a strange, first-ever dichotomy—country music is wildly popular, but sales are falling. CMA MusicFest sold out, country music award shows are multiplying and country artists are everywhere in the media. Rolling Stone opened a Nashville office and TMZ is showing up. So why are country album sales (physical and digital) down over 19% YTD and track sales down 19.7% YTD. (Source: Nielsen SoundScan). Is the record label core business—sales—eroding?

It sure looks that way! And if sales erosion is permanent then heavily funded promotion teams will no longer be able to spin radio play into sales—in which case, how will they support themselves? Labels are relying more than ever on non-traditional income. That includes 360 artist deals and licensing deals with streaming companies in the form of advances and equity. According to Digital Music News, the 3 major labels own a 20% equity stake in Spotify currently valued at $10 billion and “are pulling as many strings as possible to make a giant liquidation event happen.”

The access age of music is moving the artist brand into the revenue spotlight and enabling the monetization of ancillary streams that extend across a variety of media channels including live performance. So with sales shrinking and non-traditional areas growing, is it possible that new players buying up ancillary assets might soon force a new definition of market share, not based upon SoundScan? Let’s look at radio.

RADIO
Terrestrial radio groups are evolving rapidly now that they have accepted the inevitability that they will cede control of the auto dashboard to the internet. For example, Clear Channel (CC), Cox Media Group and Cumulus have done streaming royalty deals with Big Machine that likely will spread throughout the industry. CC is investing heavily in its iHeart Radio app, the iHeart Awards on NBC and marketing the brand across a broad media spectrum. Townsquare Media owns the most trafficked country music website, TasteofCountry.com, plus theboot.com and promotes a four-day country music festival in Hunter, N.Y. to complement their country radio signals. Cox has radio apps, TV stations, newspapers and more.

But most interesting to country music stakeholders should be the methodical moves being made by Cumulus leaders/brothers Lewis and John Dickey. Their NASH brand is extending itself into all corners of the country music industry and looking at lifestyle investments as well. Cumulus has about 70 country radio stations plus added reach through its Dial Global/Westwood One radio network making its country division the second largest American radio company by revenue and audience. They purchased an interest in Country Weekly magazine, and recently announced a deal with Big Machine to create a NASH Icon record label for heritage artists while creating a radio format to play this music. The Nash Icon initiative will also include a touring component. This could expand. Most recently they announced an agreement with Fox TV which creates the American Country Countdown Awards. And in case you were wondering about streaming, they’ve got that covered as well, with an interest in Rdio. And finally, there are unconfirmed rumblings that Cumulus is interested in adding a country cable network to its  portfolio. Think about the branding, marketing and revenue these assets will generate when properly harnessed. They aren’t selling music, they’re brokering the country music brand. To be fair, there are lots of ifs, maybes and buts surrounding the successful implementation of the Cumulus conquest, but its strategy is broad, bold and daring.

Fast forward a year or two and the Dickey brothers could begin outranking some if not all of the country labels in terms of industry influence and control.

DIGITAL MARKETING
This area continues to be a moving target especially for record labels and artists who must constantly reassess their success formulas by balancing marketing costs against ROI. A great deal of effort and expense has been invested in building social media profiles, but those same networks are now starting to restrict “free” reach in favor of collecting ad dollars from those wanting to reach a larger group of their own followers. As a result, email will continue to ride high on the marketing pyramid (making this writer’s book, Secrets of The List extremely relevant.) The inbox is getting more crowded, but remains the most direct and sure way to get attention. Social media is like speed dating, but email is commitment. Building, acquiring and cross pollinating massive email lists across assets is and will continue to be a core marketing tactic.

MUSIC
The Bro-Country “renaissance” is peaking, but showing no signs of slowing. To entice the younger demo, artists are finding ways to mimic the high energy levels of rap, hip-hop and rock music formats. Accenting beats on one and three, or two and four is no longer powerful enough. Successful live acts like FGL, Band Perry, Jason Aldean and others now emerge with a steady thump thump thump on every beat which engages younger listeners with an energetic party feel. Because the younger demo has grown up listening to multiple formats, combining these different influences feels perfectly normal to them. They aren’t concerned with questions such as, “What’s country?” They simply like what they like and don’t care about format. However, lest we become alarmist about country integrating itself into mainstream music and losing its identity, let’s remember that musical trends have always come and gone and this time may not be any different.

Nashville songwriters have previously been chided for overuse of Bro-Country themes about tailgating, moonlight and hot girls in cutoff jeans. But now we can add alcohol to the mix. On the charts right now are hit songs with titles such as, “Day Drinking,” “Bottoms Up,” “Bartender,” “Rum,” “Drunk On A Plane,” “Sunshine & Whiskey,” “Whiskey In My Water,” and more. Crown Royal was a CMT Awards sponsor. Good? Bad? Your call. But usually when something tilts so completely in one direction— duck—because the pendulum will eventually fly back the other way.

SUMMARY
Adapting to falling sales and the depreciation of terrestrial radio and its goodwill-burdened balance sheets will be painful. A giant wild card, not discussed above will be possible royalty legislation or marketplace agreements and how they effect consumer and industry pocketbooks. Music City’s creative community will undoubtedly continue to create compelling content. The difficulty will be finding the best way to fairly compensate the creators, and the industry they rely upon.