David Israelite became President and CEO of the National Music Publishers’ Association in 2005. NMPA describes itself as the premier trade association for American music publishers and their songwriter partners with a mandate to protect and advance their interests in matters relating to the protection of music copyrights.

Israelite brings a seemingly endless pool of energy and passion to this important and challenging task. He is both articulate and well schooled on the issues and history behind them. His impressive advocacy has secured him space on Billboard’s Power 100 list multiple times.

Before joining NMPA, the leader served as Deputy Chief of Staff and Counselor to the Attorney General of the United States (2001-2005) and was also appointed Chairman of the Department’s Task Force on Intellectual Property. He earned a law degree from University of Missouri in 1994 with special recognition as Top Speaker by the National Cross Examination Debate Association, a skill he has continued to sharpen and refine.

Our interview took place at the Hutton Hotel against the blurring backgorund of CMA Awards week. We covered so much ground, so quickly that I was thankful to have my digital recorder in tow. Part One covers some NMPA inner workings plus a dialog about the balance—or imbalance—of digital performance royalties paid to labels and publishers and what needs to be done about it. Finally, get Israelite’s unexpected views on the value—or lack thereof—of having a centralized global database. 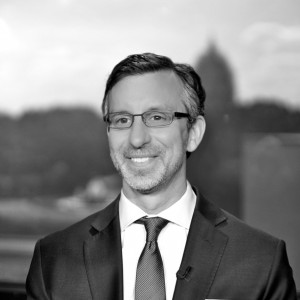 NEKST: What are the key publisher issues and how does NMPA deal with them?
David Israelite: We are the trade association for every music publisher in the United States and by extension all the songwriters they represent. Traditionally trade associations lobby congress and that is certainly an important part of what we do. But not a lot happens in the copyright space in Congress so I decided we needed to reinvent the trade association model. Probably our most important role today is how we help protect the rights of our members either through a litigation strategy when necessary, or by helping create business partners and new models in an evolving digital marketplace.

NEKST: Have you been successful?
David Israelite: On the litigation side during the past 10 years we’ve spent more than $40 million going after bad actors. But we’ve never lost a case and returned into the pockets of our members more than half a billion dollars. We also paved the way for business to grow in areas where it might not have gone without our help. For example, we spent four years in court against YouTube, but came out with a licensing agreement that is still in place today. Record labels weren’t paying independent publishers on music videos and we led settlements with Warner Bros., Sony and Universal and now almost every music publisher and songwriter are licensed and getting paid on music videos. Often we approach someone with a choice—do you want to solve this problem and become business partners or do you want to go down the road of having to fight because we don’t think what you are doing is proper.

NEKST: Do you agree the biz is shifting away from physical and digital downloads toward streaming?
David Israelite: Yes, and we track this very closely. A couple of years ago NMPA shifted to a model where our members paid dues based upon their size and began reporting their financial data. We start by breaking revenue into categories of mechanical reproductions (regulated by law), public performance (mostly regulated by consent decree), sync (not regulated by law or consent decree) and an “other” category which includes mostly lyric rights. Then we break it down even further into sub categories. So to your question, I now have data which shows the shift from ownership to access is undeniable and happening faster than most people predicted. 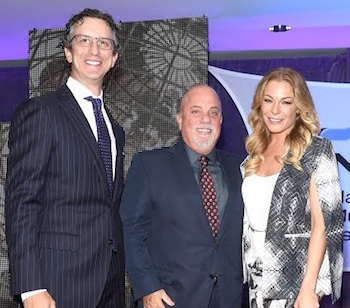 NEKST: Is that data publicly available?
David Israelite: We usually unveil the top line breakouts at our annual meeting. So in June 2015 we unveiled data for 2014 and during June 2016 we’ll show data for the calendar year 2015. This information is also important because it tells me where to focus my attention. If we are representing the whole industry and what is important to them, I have to know what income sources are important. (The breakdown for 2014 was Mechanical 21.3%, Performance 52.6%, Sync 20.4% and Other 5.7%. Total publisher industry revenue was about $2.1 billion.)

NEKST: All performance royalties from terrestrial radio go to publishers and writers. Labels get zip. What’s the digital side like?
David Israelite: This question touches upon one of the biggest challenges for the music industry— what is the right balance of how to divide the money between two separate copyrights. What complicates the answer is this troubled past/present where record labels and artists aren’t paid by broadcast radio in this country. That has created the mindset that because labels aren’t getting paid at terrestrial radio the current digital royalty imbalance in their favor is justified. Of course it wasn’t the fault of publishers or songwriters and in fact we are publicly on record in favor of them getting a sound copyright at terrestrial radio. Even if you think that somehow this digital imbalance is fair because of the imbalance of the past, consider that we are eventually going to be living entirely in the digital world. So accepting the current value proposition would lock songwriters into a permanent unfair situation which is unacceptable to me.

NEKST: How do we get the proper balance?
David Israelite: Everyone has their own judgement of what that fair balance should look like—labels, digital services and me. But the best answer lies in the elegant process of letting the market decide. Unfortunately, having a consent decree process on the songwriter side and a compulsory process with a good rate standard on the label side means the outcomes aren’t linked to each other and as a result we have a payment ratio of 12 to 1. Instead, let’s put both copyrights in a free market and let the forces of commerce decide the question of value or let the same three copyright royalty board judges make the determination for both parties. What’s not ok is the current system. The copyright office’s recent blueprint for music licensing came to the same conclusion–put everyone under the same rules. In that scenario the Copyright Office proposes that for non-interactive streaming companies like Pandora we both go to the same CRB and it gets decided. For interactive steaming like Spotify or Apple the Copyright office proposes we both move to a free market and let it decide the split. The publishers are ok with that solution, but record labels are not because they are worried about a more fair balance.

NEKST: With physical product labels had additional expenses but don’t most of those costs melt away in the digital world?
David Israelite: Record labels feel they deserve the lion’s share of the money because they risk more, invest more and their margins are lower. My answer is if that’s true it will come out under either process I described above. Either the market will adjust it accordingly or the judges will hear that argument and decide based upon merit. Publishers and writers shouldn’t be locked into an unfair system forever where the judges don’t even use the rate standard of willing buyer/willing seller.

NEKST: Is YouTube kind of a test case?
David Israelite: YouTube is the world’s largest music service in history and because it is a sync right they have to negotiate directly with the music publishers and record labels. And look what has happened to the value proposition in that free market setting. The money is split much more evenly between labels and publishers because they both can say, “No.”

NEKST: How important is the establishment of a global rights database?
David Israelite: Let’s agree it would be wonderful to have if it was accurate and could be relied upon by both licensees and licensors. But it’s an enormously expensive proposition. Who will pay for it? Secondly, how do you keep it updated in a way that can be relied on with integrity? Finally, you have people that have spent a lot of money, time and effort building their own databases who would be told, “Oh that is now irrelevant.” And what do they get in return for giving up this asset? I thought the Copyright Office proposal was the best solution I’ve seen. They proposed a series of MROs (music rights organizations) and everyone would have to belong to one. Every MRO would have to disclose the songs they represent. Then each of those MROs would push their data up to a centralized MRO that would be the global database and that would be paid for by a separate rate setting process at the CRB. So the licensees would be paying for it. But I actually question how much the digital companies care about a central rights database. I don’t see them willing to step forward and give up anything to get it. And although I don’t think they are trying to hold back any money, there’s no penalty for not being able to match payments. And here is my other database issue. We all agree it would be nice to have, but show me the evidence that the lack of such a database has in any way inhibited the growth of digital music services. Show me where in the market it has hurt value to us as writers and publishers because it doesn’t exist. Where’s the company that said, “I’m not launching because I don’t have it?”

Next Week: Part Two: Consumers Must Have A Voice… Paid subscribers, consumer behavior and the interactive streaming mechanical right…. HERE