One might expect Thirty Tigers to make a loud roaring sound, but instead this 15-year old company, dedicated to connecting artists and fans, moves more like the fabled tortoise—slowly, but steadily forward. President David Macias recently told Music Week, “When the major label world invited me to find other employment in about 2000 it dawned on me that there were a lot of artists and executives that had market value, but probably not within the economic framework the labels seemed to need at that time.”

Macias and Deb Markland each had years of sales and marketing experience when around 2000 they found themselves victims of downsizing at Arista Nashville. Within a year they had formed a company (originally named Emergent Music Marketing) which began in a spare bedroom. Today Thirty Tigers has offices in Nashville, London, Los Angeles, New York and North Carolina and is expected to gross almost $17 million in 2015.

Although there have been a raft of marketplace changes since the company’s humble beginnings, its service-oriented ideology remains a guiding principle of how they work with clients. The web site explains, “Thirty Tigers Marketing and Distribution provides independent artists a way to bring their art to the market place, while maintaining ownership of their recordings.”

In the following interview Macias speaks about the company’s upcoming growth plans, it’s recent entry into the commercial Country marketplace with artists such as Chase Rice and Old Dominion and he adds some outspoken warnings about IP royalties and what could be happening soon to publishers and songwriters…

NEKST: Describe the business strategy when you and Deb Markland opened Thirty Tigers in 2001?
David Macias: The general idea was to help talented acts sell at least 40k units. At that time, 40k was considered a failure by major label standards, but it could still generate $400k in gross revenues. So Deb and I decided to create a company that would allow these smaller entities to compete by bringing down the cost of doing business, which is still very much what we do. Today we organize it a little differently. We put our fees on the back-end distribution side, which gives us more participation if we do good work and blow it up, but also allows the whole process to move faster by making capitol available to hire a PR firm or indie radio promo person for example. What remains at our core is we will never own content, we are a service company. 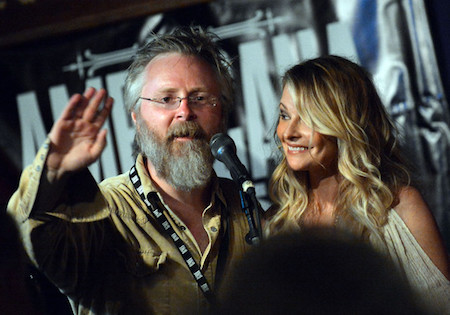 NEKST: Getting paid based on results tells the artist, we want you to do well.
David Macias: Exactly. From the very beginning we always thought demand before supply. If you under-fund demand creation either in financial or human capital then the supply chain doesn’t matter much.

NEKST: How do you decide which artists to work with?
David Macias: We have a finite time bandwidth, so it doesn’t serve the acts or us well if we diffuse our energies and attention too much. VP A&R Lee Dannay (based in New York) and I are the gatekeepers. Basically our philosophy is we must believe we know how to market the music and take it from point A to Z. A lot of great music comes through our doors, but perhaps sometimes we lack the vision about how to tell the story. And that’s our job, to construct a plan to get the music from the creator to the ultimate consumer through various mediums. Marketing flows from narrative. If it’s a press-driven artist, we have to understand who that artist is because we are telling stories to journalists that we hope they will then pass on to consumers. Every artist has their own style of expression that is the emotional valance of their creative work. Artists like Patty Griffin, Jason Isbell and Sturgill Simpson are sharing deep philosophical ideas and giving people a connection and catharsis with issues they confront in their everyday lives.

NEKST: That narrative extends into other areas too?
David Macias: A work’s emotional core should be consistent across advertising, social media and every medium. If you look at an artist like Jason Isbell he is incredibly brilliant in his Twitter feed. He’s funny, smart, authentic and it’s another way for people to get a hit of what makes him so awesome. And that’s another thing we look for—that authentic person.

NEKST: Thirty Tigers grew from $9 to $14 million over 2013-14 and you’re expecting to hit $17 million this year. Are you happy with your growth?
David Macias: Absolutely. I’m patient and in no hurry. We’ve been doing this for 15 years. We basically keep 10% of the wholesale cost of the music and so sometimes our ambition is contained by cash flow, etc. We employ 28 people, so no one is getting rich yet, but we’re proud of the work we are doing. In addition to Americana, we’ve made investments in the Afro-punk world, Alternative Black music, the Hip hop space plus we’re getting up to speed in commercial Country. I’ve been careful not to take on a lot of debt. I’ve got a great GM in Nancy Quinn who can challenge my assumptions and is an excellent business counterbalance.

NEKST: You recently had some Country singles success with Chase Rice, Old Dominion and others?
David Macias: Yes. Initially RPM worked the Rice record and later we were able to upstream it to Columbia. But we realized that to succeed in this genre we needed our own promo team of great advocates fighting for our artists. So we now have a full radio promotion team. It’s an investment to be sure and it alters our deal a bit because we are a little bit more expensive if you are a commercial Country act just because of the cost of doing business. Old Dominion, for example was a beneficiary of our VP of Promo, Pam Newman. Her philosophy is to find ways to see how a record is testing before scaling up and spreading them to a much more expensive national conversation. We also brought in a country management arm. I’ve been out of the commercial Country universe for about 15 years, but it’s been exciting getting plugged back in.

NEKST: Is adding genres necessary to scale the business?
David Macias: I do want the company to grow and if we limit ourselves, genre wise, it makes that more difficult. But at the heart of it is my passion to re-engineer the relationship between artists and the people who bring their music to market. Artists don’t always feel good about the way they are treated and it gets down to the ownership of the work. There is something very primal and emotional that works for us when an artist knows they are in control of their art. 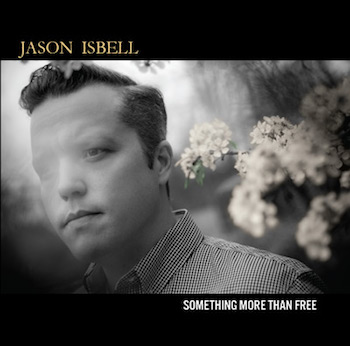 Jason Isbell’s album released through Thirty Tigers was the No. 1 SoundScan country Album for the week ended July 23, 2015.

NEKST: Will the switch from physical/downloads to access unbalance your model?
David Macias: Not as much as people might think. As long as the compensation model is fair, which presently it is with respect to the $10 subscription model. However, there is a tendency to race to the bottom as streaming companies fight to attract share, so please [streamers] don’t ask the rights holders to bare the brunt of the expansion. I speak at colleges and sometimes I’ll ask, “How many of you participate in Spotify’s $5/mo. program?” and almost all hands go up. “And when you get out of college how many of you honestly think you will be $10 subscribers?” And all the hands go up again. But the transition will take time. Artists like Lucinda Williams and Rickie Lee Jones who we are lucky enough to work with are still selling 70% physical product. But for today’s college consumers, streaming will be the way that they will listen as they grow up. Personally, streaming fits well for me since I travel a lot and being able to listen to what I want, when I want fits the way I live.

NEKST: Has the shrinking sales trend hurt you?
David Macias: The slide from a $14 to a $7 billion industry has actually created an advantage for us. Revenues are dropping for everybody across the board and you’ve got these infrastructures that have had the air let out of them. As a result more and more artists are wanting extra value which is exactly the proposition we offer. So it’s allowed us to do more business. If we continue operating on a 10% gross margin—with happy employees, proud of our vision—then it feels good to go to work. So we’ll watch the distant future, but not take our eyes off the here and now.

NEKST: You published an editorial about the lack of balance in IP royalties.
David Macias: Royalties need to be looked at holistically and not as some continuous duct taping of financial relationships. For example, with terrestrial radio, labels/artists get nothing and publisher/writers get it all. But on the streaming side that is pretty much reversed. Five years from now the amount of radio that gets delivered through terrestrial and digital methods will shift drastically. Today publishing companies and pension funds are buying copyright assets, but without some comprehensive copyright reform that exuberance could become like the mortgage crisis bubble. People aren’t talking about it, but I believe publisher/writer advocates in their heart-of-hearts also see it coming. We need to get in front of this and reimagine a more gradual move into what is taking place. Clearly the side deals between Clear Channel, Big Machine and Warner Bros. where they negotiated some of these royalties is a pragmatic step in the right direction. All parties need to get to the table— it’s in everyone’s interest.

NEKST: Distribution is your core service, but you now have publishing, a country promo team and management. Are these additions adjustments to the shifting revenue landscape?
David Macias: Those moves were more about being of service. We’d have acts with songs we felt could be used in film and TV or that somebody else could cut. Sometimes they’d sign with larger companies and get lost in the sea of copyright. So if in addition to distribution we have a vision about how to maximize the value of an artist’s copyrights now we can handle that. Our deals are like co-publishing deals, but for a limited period of time so there is a full reversion back to the owner because we want the writers to own their work. One of my business totems is Sam Walton. He built an empire on low margin, high volume and providing value. There are many inefficiencies in the music business, so we try to wring them out to the benefit of our artists. I’ve talked a lot about service and value, but this company is also founded on love, so our contracts are fairly open. I don’t want people to stay because they are trapped. That’s no way to live. It is enough for us to do great work at a great value. 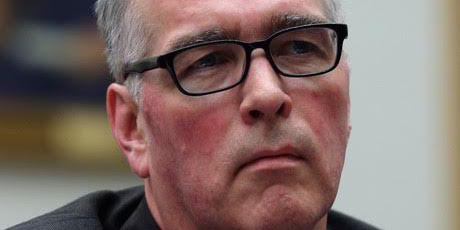