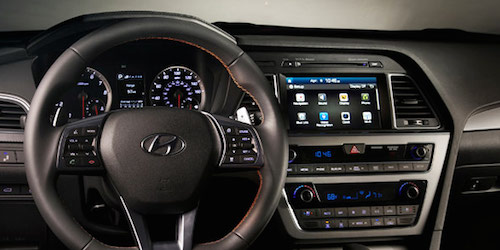 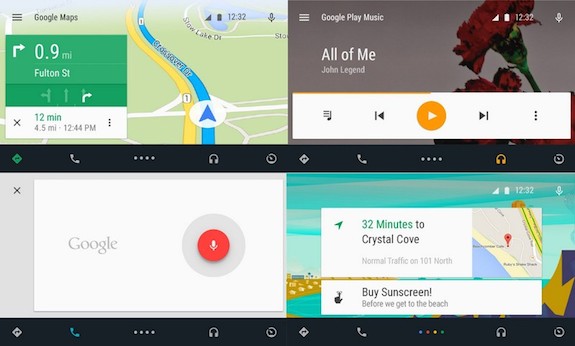 When industry experts discuss expansion of the auto dashboard from purely AM/FM and satellite radio to including Internet offerings they typically project those changes to be five or more years away. But Google’s recent announcement of Android Auto speeds the process considerably. In fact, 28 automakers have already signed on to offer Android Audio including Chevrolet, Ford, Honda, Hyundai and VW by year’s end. Eleven automakers will offer Android Auto and Apple Car Play so it remains to be seen if cars will offer one or the other systems, or both.

How does it work? Android Auto essentially transfers your phone’s interface to the auto dashboard. It requires drivers to plug in the phone and is completely hands free. Operations can be initiated with your car’s touch screen and/or voice recognition via a button on the steering wheel. The car display will feature five main tabs including Google Maps and Music and allow users access to apps including choices such as Spotify, Pandora and iHeart. Mechanical vehicle information such as last oil changes, tire pressure and more might also be available in some cars…

“The connection isn’t wireless,” writes Kurt Wagner for Mashable.com, “which is somewhat surprising considering the prevalence of Bluetooth technology. But the physical connection does two things. It forces drivers to put their phones down, and it also creates a more reliable connection between phone and automobile.”

Patrick Brady, Director of Android Engineering, noted at the Google I/O Conference that 25% of U.S. auto accidents are currently caused by gadget use. Plugging in the phone he says, forces users to go hands free and is a safer solution than looking down at your phone screen to make a call.

“Putting Android in the car can also create phone loyalty,” says Wired magazine. “If your car is built to support Android, not IOS, won’t you be more likely to stick with Google when it’s time to upgrade your phone? The Google technology will be far better than anything offered by automakers, but then, the stuff offered by automakers couldn’t get any worse. It will offer a seamless transition from using our phones to driving our cars.”

So users listen up. The time to choose your tech “religion” is fast approaching—Apple or Android? “Life will surely be sweeter once every gadget you own relates intelligently to every other,” says The Verge.com. “But to get there, you’ll have to decide where your loyalties lie. And the fact that both Android and iOS platforms are set for their biggest updates in years this fall means that the obsessive comparisons between them will be as salient as they’ve ever been. More than ever, your smartphone preference will dictate your choice of tablet, TV, car, watch, and even fitness tracker.”

Bart Herbison: What’s Really Going On In DC For Songwriters?
Sales 2014: Six Down, Goal To Go!