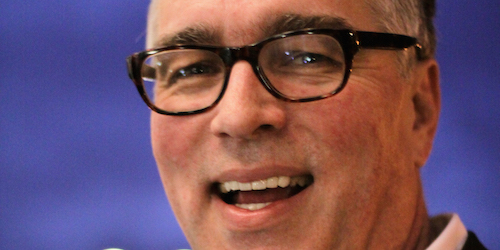 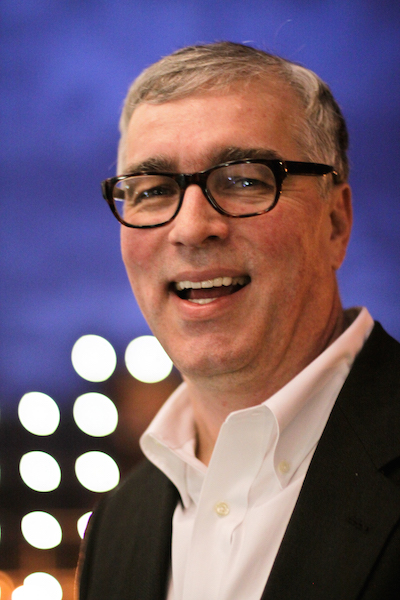 Jim Griffin describes himself as, “an agent for constructive change in media and technology.” He’s gained notoriety as a columnist, author and record company executive and become known for his razor sharp grasp of digital concepts. Griffin testified in July 2000 before the Senate Judiciary Committee on file sharing and music licensing in what was also called the Napster hearings. He’s also the co-founder of Pho, the insider digital think tank.

The outspoken futurist was a member of Nashville’s 2013 Leadership Music class, an experience he ranks highly. “When you get into songwriter and music industry issues there is no better place to learn them than Nashville,” says Griffin. “It’s an unparalleled source.”

Griffin’s confident delivery of his ideas and visions could be interpreted as egocentric, but he is also a good listener. “I don’t want people to say, ‘He’s often wrong, but never in doubt,’ Griffin laughs. “When I was growing up my Dad said, ‘Remember there will always be someone bold and forceful on the other side of an issue. I did not raise you to be balanced, I raised you to contribute to the balance, and that means that you have to be bold and forceful too.’”

NEKST caught Griffin while ensconced at his Virginia hideaway. “I live on a gravel road, have a couple of bass ponds in the backyard and yet I’m only 45 minutes and one stop sign from the White House in D.C.,” he laughs.

Music industry executives and creatives wanting to stay relevant in this fast changing marketplace will surely find some new perspectives among Griffin’s thoughts. Topics include digital performance royalties, the importance of music de-bundling and re-bundling and the harm caused by the fractured relationship between songs and sound recordings. Also key is Griffin’s urging for the industry to transition from “music the product” to “music the service”…

[Watch for Part Two of the interview next week]

NEKST: Are creators, IP owners and fans better off today than 5 or 10 years ago?
Jim Griffin: Unquestionably better. Look at the revenue sources. ASCAP, BMI and SESAC are all reporting record revenues for publishers and songwriters. Sound recording owners and performers are also being paid performances with the best deal in the history of the industry. Sound Exchange is paying almost a billion dollars a year, basically split 50/50 between the sound recording company and the performers with only 4% admin fees. No recoup, the check goes direct. Ten years ago Spotify and services like it were just coming online. Today most pay more than 50% of their revenues for the use of music and some report paying 70% like Spotify. So this is unquestionably good news. And it’s bizarre to sometimes hear people throw stones at Pandora which pays over 50% of its revenues while speaking on FM radio, a medium that only pays about 3%.

NEKST: Problem areas?
Jim Griffin: A lot of the weakness we see is the result of de-bundling which has had a dramatic effect. Fans used to pay for 12 songs just to buy the one they wanted. That was a lot of music industry income until Jimmy Iovine worked a deal with Steve Jobs to de-bundle the single from the album. I rarely, if ever hear people name de-bundling as a culprit for falling revenues and yet that is where the blame clearly lies. Admittedly the industry made that choice against a technology backdrop that said it was the logical thing to do. But make no mistake, songwriters are suffering from that decision. The good news is that the bundle is coming back. Not the album, the monthly bundle that pertains to streaming services. If you can get people to pay $10 or more per month you are getting a bundle that is 3,4 or 5 times more than people paid per capita 15 years ago. So I’m bullish on the industry because all these things point to a better present and future.

NEKST: Is it important for songs and sound recording factions to work closer together?
Jim Griffin: We are not doing ourselves any favors as an industry by splitting into two camps and presenting mixed messages. We’re engaging in royalty shifting instead of royalty growth. When we fight with each other we fight over a zero sum game where if I win you lose. That behavior hurts us as a business because it pits us against one another instead of unifying us which is what needs to happen. Jerrold Nadler, the Ranking Democrat of the House Judiciary Subcommittee that handles music licensing and before whom I testified last summer recently said, “You’ve got to get your act together as an industry. You can’t be coming up to Capitol Hill with songwriters in one bus and sound recording people in another telling us different stories. You have to come up here as ‘music’.” Unfortunately, I don’t think we’ve ever been more fragmented between sound recording and songs than we are right now. Music must unite to better fight the battle in front of us which is against all the different ways that people can spend time on the clock and discretionary money in the wallet. People do not understand let alone tolerate our different views about the components of music. They say to themselves, “We want to like this music, we want to pay for it,” but they are bewildered at times by the different factions between us.

NEKST: When you say bewildered are you pointing mostly to consumers?
Jim Griffin: When someone tries to pay for the use of music whether it is B2B or B2C they are often dumbfounded when they find the song, the sound recording and the sync right are all different. It’s as if you went to buy a car and found out that you had to negotiate with the engine maker separately. It’s our job to make it faster, easier and simpler to pay for music. When you make it easier for water to flow, the river gets faster and wider. Make it easier for people to pay, then more people do. Digitization, as I have observed it over the past decades in the music business, behaves like a rising river tide—it is buyonomic and cuts a shorter path from source to destination without any kind of conscience whatsoever. But we’ve done the opposite and made it harder to pay and that doesn’t work on either level—B2B or B2C.

NEKST: I notice you almost never use the word “consumer.”
Jim Griffin: I prefer “fan” and here’s why. If you want to exact a price that is above marginal cost you have to control supply and measure it against demand. But we are no longer in control of the supply of music and currently sales of “music the product” are declining. We could be sad about that, but we shouldn’t be. The value of this wonderful art form cannot be found by comparisons to chattel or product. Being sold over a counter in a box without finding out someone’s name is like a guy’s idea of a good Saturday night—consummating consumer relationships without so much as finding out their names. The music business is headed away from this masculine, control-based idea of “music the product.” Conversely, the feminine view of value is starting relationships that never end. The feminine mind realizes it’s a lost opportunity if you don’t find out the fan’s name and build a relationship with them. Amazon.com is a woman because it remembers the color of your eyes, your telephone number, what you purchased, all your sizes and makes it easier for you to pay. That’s our future, not clinging to a product-based view of the world that treats people as consumers. Every time we bought a physical record it decremented supply by one. But now when someone “buys” a record as a download or stream, it doesn’t decrement supply at all. Nothing is consumed.

“In a service economy as opposed to a product economy you don’t sell music, you sell the crowd it draws.”

NEKST: Don’t we need more subscribers to make these relationships work?
Jim Griffin: Whether users are subscribers or not doesn’t matter. I say that because in a service economy as opposed to a product economy you don’t sell music, you sell the crowd it draws. So there may be more money in selling the crowd than there is in selling the music itself. When I talk about the service future of music I’m not talking about services that replace product sales. Those are separate and distinct. There’s nothing greater than music’s ability to move rear ends, heads and hearts and to bring that crowd to the benefit of something else. In that scenario music performs a service. And by the way this isn’t theory. We’ve been practicing it forever in Nashville—Music City. A trip through downtown is a tribute to the value of music’s ability to draw crowds. My radio friend Blair Garner uses music to draw a crowd. He’s not only willing to pay for the use of music, he highlights its use and the crowd that comes is sold by Cumulus at a handsome markup. They are serving as a gatekeeper to a growing crowd and that is a great place to be. Live Nation bought Bonnaroo for much the same reason. Do I think Cumulus should be paying more for the use of music? Yes. I’m in favor of the radio industry paying both for the use of the song and of the sound recording. But ASCAP, BMI and SESAC are all testaments to music’s ability to draw a crowd and monetize it in ways that do not require control. So, in retrospect, the economy of music expressed as a product is probably going to be a blip in time. Whereas our ability to monetize the service music performs by moving rear ends, hearts and minds, that is music’s greatest value of all.

NEKST: But as we transition from product to service, revenues are shrinking—a lot. What do we do?
Jim Griffin: Stop clinging to “Tarzan economics”. The only way to get past this transition is by letting go of the old vine and grabbing the next—seeing music as the service that it has been performing over the past hundred years since the arrival of electricity. When it was analog you controlled your art with your feet, because if you weren’t in the room they couldn’t see you or hear you. But when they were able to broadcast the Opry that “magic” was the important transition. Ironically Nashville is well positioned to reap the fuller value of “music the service” and lead the way in letting go and moving past “music the product.”

NEKST: Isn’t it going to take time for industry leaders to grasp and apply this concept?
Jim Griffin: Yes, but Nashville is surrounded by “music the service”—its ability to draw a crowd. Clinging to “music the product” is fetish, nostalgia. It’s part of today’s income stream so I won’t belittle it entirely, but we shouldn’t feel too nostalgic as it fades, because when music was sold in a box it wasn’t that kind to us either. I’m sympathetic to why someone raised on it would say, “This is my economy this is how I get paid.” But Nashville is increasingly about transitioning to “music the service.” It’s a great media city, and those who are tasting the benefits of “music the service” are finding it very tasty indeed.

The Streaming Cure For Terrestrial Salads
Jim Griffin Part Two: A Wave Of The Magic Wand