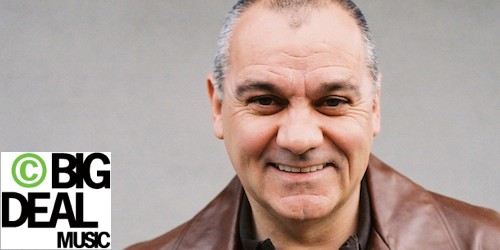 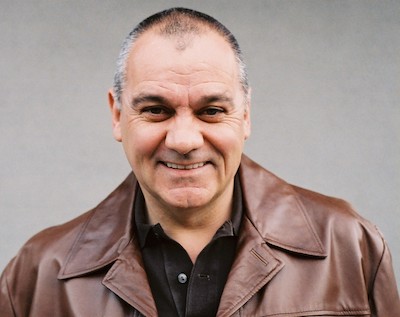 “I remember being told early on,” laughs Big Deal President Kenny MacPherson, “Son, if you want to get into the music business become a publisher, it’s the gentleman side of the game. I never forgot it.”

Big Deal Music is one of Nashville’s newest mid-size publisher arrivals, but MacPherson is no stranger to the Row, he’s been working and investing in it’s creative community for decades.

MacPherson’s roots go back to his home town of Largs, Scotland and his rhythmic brogue is one of the first things that strikes you when you meet him. Perhaps second is his engaging personality. “I grew up close to an American submarine base because of the deep waters off the coast,” he recalls. “With the base came American music and a lot of great country music. It may sound a bit naive, but growing up in a small town, music was one of the best ways out if your dream was to travel.”

As a teen he took a gig at Glasgow’s Apollo theater and worked his way up to concert manager. From there his career path took him to London and then over to America. Along the way he learned about publishing plus tour/artist management while working with acts like Supertramp, Manhattan Transfer and Kenny G.

Before forming Big Deal, MacPherson served 13 years as a creative executive at Warner/Chappell then became President of Chrysalis Music’s North American division in Aug. 2002 until the company was acquired by BMG at the close of 2010. “My time at Chrysalis was very special,” says MacPherson. “We believed in what we were doing and the group we put together. It was really satisfying.”

NEKST: What made you decide to start a new publishing company?
Kenny MacPherson: After Chrysalis was acquired I thought it would be great to get some garden leave. Maybe I just needed to take a break to see if I still had the appetite to do what I love. Was I still in love with it? And maybe you only find that out by stepping back and reflecting. So I took about a year off and spent some fantastic times with my family and my granddaughter which I wouldn’t swap for anything. But eventually a group of us got together and said, “We still have bills to pay and families to help. Let’s put our own company together and see if we can pull it off.”

NEKST: What was the startup process like?
Kenny MacPherson: After lots of meetings with finance sources, we formed Big Deal in Sept. 2012. For the first few months we were working out of our cars and borrowed office space. At the end of Feb. 2013, we opened our L.A. office. Big Deal partners Pete Robinson and Michael McDonald had started a company in Nashville that we rolled up into Big Deal and that became our Nashville branch. I had worked with Dale Bobo at Warner/Chappell and then brought him into Chrysalis to help me. So to be able to have Dale come back in and work with Pete and then add Greg Gallo to the Big Deal family has been very exciting. David Ayers heads New York and James Cerreta is in LA with myself and Casey Robson who worked for Jamie and I at Chrysalis then went to BMI and has returned to head the pop division. We also have an L.A.-based film and TV department that services the entire company. 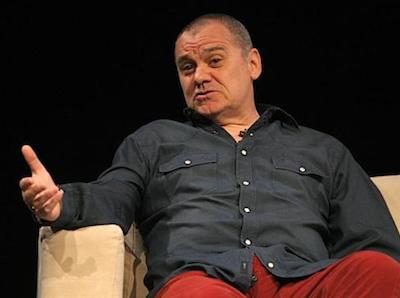 NEKST: Describe Big Deal’s overall company strategy?
Kenny MacPherson: In starting a new company my thought process was to focus first on getting the right mix of writers, songs and artists. We are predominantly a very A&R driven company. Myself, Jamie, David, Pete and Dale—our backgrounds all lean toward the creative A&R front. We also talked about how to handle administration, but there are good outside admin services and setting up a brand new in-house admin system is expensive and time consuming. So we decided to plug into an existing system. Laurent Hubert, head of BMG North America and CEO Hartwig Masuch called me up and said, “We hear you are going to start something, let’s talk.” One of the ancillary benefits of being with BMG is not only do they have a great team of people, but some of them had previously worked with us at Chrysalis and it made it feel right. We do our own deals, but having BMG as a partner also affords us the opportunity, if it makes sense, to do deals together as well.

NEKST: Is Big Deal on the lookout to purchase catalogs?
Kenny MacPherson: You hear about all sorts of opportunities, but very rarely do I see a bargain in buying catalogs. So that has not been our mantra and right now we have to be especially financially prudent. It’s really about signing and developing new talent and then doing whatever is necessary to get out of the gate. So, with all due respect to the recoding side of the business, I don’t really care if somebody’s got a recording deal. If we believe in them as artists, we go with it. For example, at Chrysalis Jamie discovered Ray LaMontagne. We presented him to a number of record people, but they didn’t bite. So we went ahead and made the record ourselves. We aren’t concerned about researching or following the market. It’s old school/new school and fundamental to how we do things. The good thing for our songwriters and artists is that today there are so many available options and opportunities.

NEKST: Does size matter in publishing?
Kenny MacPherson: It’s easy for people to say, “This company is ‘too big,’ or ‘too small.’” But it’s a waste of energy and nonsense, because there is room for all sizes. If you focus on the ground you are standing on and cultivate it, it will grow. A strong healthy publishing business is good for everybody. It doesn’t mean you aren’t competitive, but the person you should be most in competition with is yourself. You should always be asking, ‘Where are we going, how are we doing and how well are we servicing our clients?’

NEKST: Do you see big differences between doing business in LA and Nashville?
Kenny MacPherson: The drives to work are longer in L.A. [laughs] although Nashville is exploding and I actually heard someone complain today about the traffic. But historically, there is no other place in the music world like Nashville. There’s always been a lot of small independent publishing companies here and more power to them. I’ve had great success over the years setting up collaborations between writers from Nashville and other cities, but whether you live in London, LA, Nashville, New York or Atlanta, the pub biz is about the same thing— songs and songwriters. I used to wonder if Nashville was some kind of closed shop, but I’ve always found it is how you deal with people. Having a sense of honor and integrity goes a long way.

NEKST: What are your expectations for the next few years?
Kenny MacPherson: We have about 38 clients (writers and artists) split between our N.Y., L.A. and Nashville offices as we approach our 2nd birthday. Did I think we would have that many by now? Probably not, but we have a good balance of developing and established writers and artists across genres like rock, singer/songwriter, country and pop. We’ll live and die by our A&R skills, but ultimately, we need action—records coming out. Collaborative effort between the offices is of paramount importance. For example, we have a young L.A.-based writer, John Ryan that worked on the last One Direction record. He also wrote a song called “The View” that Tim McGraw has recorded and begun performing in his show. We hope he’ll release it. We are small and nimble enough to get things like that done and aren’t bogged down with a lot of bureaucracy and layers. Publishing has always been a penny business, but now it is becoming a fractions-of-a-penny biz so there’s no shortage of challenges for our industry, but I’m optimistic about the future, I can’t imagine a world without songwriters. I wouldn’t want to be around.