Kerry O’Neil: Minding My Own Businesses 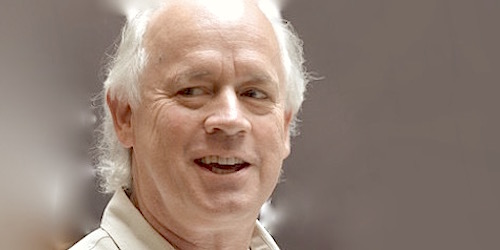 Kerry O’Neil: Minding My Own Businesses

Confessions Of A Serial Entrepreneur

For an executive with direct connections to so many successful entities, Kerry O’Neil keeps an amazingly low Music City profile. But of course that’s the way he likes it.

“I’m not on Facebook at all,” confides O’Neil. “Our companies are massively involved, but I like to be completely out on the personal side. I enjoy having friends that could care less what I do for a living. Besides, it’s incredibly refreshing to find out about what they do.”

O’Neil arrived in Nashville around 1980 with an MBA from Boston’s Babson College, a CPA license and a love of songwriting. From those three themes, like the magic beans in the Jack and the Beanstalk fairytale, he’s grown a success-packed career which includes co-founding publishing companies like Little Big Town and Big Yellow Dog (currently celebrating the success of Meghan Trainor). It also includes co-founding premier business management firm O’Neil Hagaman with high profile clients such as Garth Brooks; and lots more.

“Hopefully during the next ten years I’ll have even better ideas and be able to put together some things that are a lot of fun,” O’Neil smiles.

The following conversation took place August 6, 2015 in the NEKST conference room on Music Row. O’Neil offers insight to his entrepreneurial viewpoints for publishers and artists plus reveals some of the unique ingredients which have contributed to his formula for success.

NEKST: Did you realize your career would be so entrepreneurial?
Kerry O’Neil: I realized early on that I wanted to be out on my own, but when someone offers you a gift by saying, “Hey kid you wanna give this a shot?”, you have to say, “YES.” For example, one of the early things I did was to form a pop producer agency. Barry Beckett was the lead dog. I met him when I was managing John Anderson. Barry did some tracks on John and we became friends. One day he asked, “What do you think about working with me?” I’d never represented a producer, but said, “Great.” So we sat down and listened to a lot of his phenomenal productions. Barry was a member of the Muscle Shoals Rhythm Section and worked with Dire Straits, Dylan, Traffic and many more. I called Chris Blackwell in London (founder of Island Records) and got him on the phone. I said, “This is Kerry O’Neil (running over my name) for Barry Beckett.” He asked, “What’s Barry up to? I’m thinking, wow I just spoke with Chris Blackwell! Etta James became our first project together. Barry gave me the chance to get involved in pop stuff. But to answer your question, I was never in business by myself, it was always with other people who I needed to make something happen.

NEKST: Who were some of these partners?
Kerry O’Neil: At Warner Western which helped manage Barry, Reno Kling and Jeff Skillen were instrumental. I founded Little Big Town music with Woody Bomar and O’Neil Hagaman began with Al Hagaman and Cheryl Harris and now has about five other principles who play a big role in running the company. And at Big Yellow Dog, my partner of 16 years, Carla Wallace, has been amazing. I’d say I’ve had good fortune at picking partners.

As a smaller company, you don’t want to duplicate platforms and resources that can be done on a larger scale.

NEKST: Describe your collaborate process?
Kerry O’Neil: Maybe it works because I know I can’t do everything and so I’m good at listening to these partners that are critical to our success. It’s a team sport and always collaborative. I have tremendous respect for the people I’m in business with. But if you should find yourself in business with the wrong people, take your losses and move on.

NEKST: Is collaboration really a form of delegating?
Kerry O’Neil: It’s more than delegating. When you’re around people who are powerfully excellent at what they do you can choose to recognize it, or, you can think, “Oh I can do that too and end up competing with the very people that allow you to create something really big. I’ve been involved with some big things and if I had tried to do it all— A-Z—they would not have turned out as well.

NEKST: How do you stay out in front of the marketplace?
Kerry O’Neil: The ideas I’m working on might be in front, to the side or behind, but I’m never trying to be in lock step with the big companies who need quarterly profits and projected results. The companies I’m involved with have many new initiatives that are in play or under development (and what fun). We don’t have to send our ideas to New York and wait a year for permission. With a company like Big Yellow Dog, for example, if something doesn’t work you can change it that week until eventually you figure out the patterns and get it right. Being independent is a huge benefit. 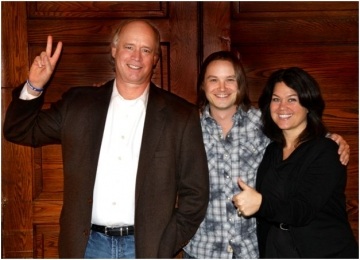 NEKST: In recent years a lot of good executives are out of work.
Kerry O’Neil: Being self-employed you might have a year where you are a little under or over employed, but you remain in the game. Consolidation probably can’t go much further, but in any case the labels aren’t going away. They will continue to be the leadership beacons and prosper for any number of reasons. But they may be more open to collaborating on specific projects with smaller, innovative companies. And as a smaller company, you don’t want to duplicate platforms and resources that can be done on a larger scale. The risk reward is not there.

NEKST: But smaller companies are taking more responsibility for developing artists like your project with Logan Mize?
Kerry O’Neil: That started on the creative side with Carla, Logan and his manager Charly Salvatore. We developed the idea of building his fan base without waiting for a label partner. We released an album which charted Top 50 and sold maybe 2,500 copies. We decided a second album wasn’t going to break through. So we switched to singles. The first single did about 30-35k. The second was close to 95k with great help at satellite radio. Finally Logan got upstreamed at Sony. We made all sorts of changes during the process, but we didn’t try to go to terrestrial radio. For that we’d rather collaborate with a major.

NEKST: What about the dirt and construction around Music Row?
Kerry O’Neil: Having a review process to think about how it all fits together over the next 10-15 years is the best approach. It stops the changes long enough to consider what we need to keep, and what should be allowed to grow. The biggest companies have already moved off the Row because there wasn’t enough office space square footage. So one question is exactly what are we preserving? For the people in the middle of this 18-month period who wanted or expected to sell it’s unfortunate. I’m empathetic especially to the smaller stakeholders. Hopefully, 10 years from now we look back and see some good decisions were made.

Yes, you have to be lucky, but it’s not just luck. The people having success in this market are all in and everyone knows they’re serious.

NEKST: Has the evolution from acquisition to access altered your strategy?
Kerry O’Neil: To win you must be “all in.” That means a full commitment to a 3-5 year process when you sign a writer. Industry revenue streams are erratic and unpredictable, but people’s car payments and rents are constant. As a publisher you provide financing to get people to the point where they can apply their creative skills full time. Ultimately, because the dollars you earn from airplay and sales are in decline, you must also be strategic so this fantastic talent you are involved with can find its moment. But if you have great talent the money, will be there in some form or fashion..

NEKST: Is this a good time to become an indie publisher?
Kerry O’Neil: If you are a manager like Kerri Edwards and identify a great talent like Luke Bryan who you believe can go all the way to the top, then it is a good time to be in the personal management business. Same thing in publishing. If you are Carla Wallace signing Meghan Trainor or Josh Kear, it’s a great time to be a publisher. Yes, you have to be lucky, but it’s not just luck. The people having success in this market are all in and everyone knows they’re serious. If you have the basic talent, are willing to make that commitment and it sounds like the time of your life, then it’s a great time to start. But you can’t be making deals based upon how the business was 5-10 years ago. If your expectation is to make a killing and end up sitting under a pot of gold, well, that’s not the way I view the game. That’s just gambling. But you do have to figure the best way to spread your risk so you don’t get kicked out of the game too soon for not having understood its complexity.