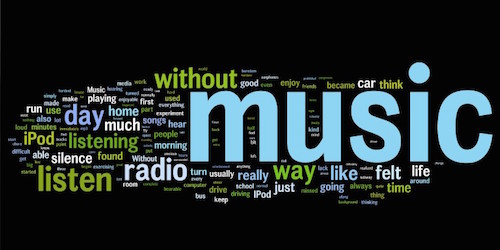 Let’s take a reflective moment to honor some influential singles in our rich industry history:
—Bob Dylan “Like a Rolling Stone”
A non-edited 7 minute, poetic, metaphorical underground poem that broke all the rules of modern radio programming.
—George Jones “He Stopped Loving her Today”
Possibly one of the sweetest and saddest lyrics delivered in pure country wrapping paper that influenced a generation of American writers and artists and even found it’s way onto some of the most difficult-to-crack Top 40 playlists.
—Marvin Gaye “What’s Going On”
This breakthrough anti-war statement emerged from the R&B sector and took the Viet Nam protest voice out of the coffee house stage and droped it on US radio from the streets of urban cities.

Random? Yes. From different planets? Check. Born in different decades? Again yep. But these game changers have one iron thread that’s undeniable. A team of tenacious and maniacal strategists got them played.

Historically, an ace music promotion staff has been the driving mega-force that stands between superstardom and musical obscurity for an emerging musical artist and these armies of unsung heroes have traditionally been the engine that changed lives, for both artists and listeners.

Like Lady Gaga, great promotion executives are “Born This Way.” It’s a DNA thing. The key sharpshooters and their front lines are steeped in competitive spirit with the ability to hyper-focus on the goal line. They believe in themselves, their teams and most importantly their singles. They stay up late, get up early and constantly study the scoreboard. The promotion life has often been referred to as playing the last 2 minutes of the Superbowl on Groundhog Day, over and over again. But while the best in the business have been on the playing field butting heads, the world outside the stadium has been changing. 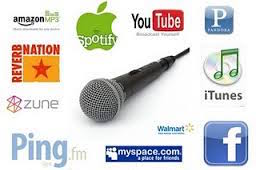 Discovery
The present day music discovery process for consumers has multi-morphed. Deep and complete artist exploration has become an easy flowing reflex and second nature. The concept of hearing a hit on the radio and then waiting to hear it again is as applicable as phone booths. Yet the industry continues to spend hundred of thousands of dollars to drive a track from C to B rotation. That exposure on terrestrial radio is vitally important, but the costs are rising and the return is rapidly diminishing. This is not a news flash.

Consider this: A track heard on SiriusXM is “Shazamed” via Siri voice command. Once audibly identified the data is sent to Spotify where it opens a bouquet of catalog by that artist! Hand picked tracks are sent (again via voice) to a playlist while similar artists are being recommended, and all this is happening while turning left from Hillsboro Rd. to Woodmont.

Partnership
What else has changed? The mindset of promotion’s powerful life partner—radio—is redefining itself. Clear Channel has even changed it’s name to iHeartmedia, reflecting it’s innovative direction and model trajectory. The company is surfing the wave of millions of music fan’s love affair with multiple device entertainment technology! Cumulus has invested deeply in maximum coverage big name syndication and taken the art of branding to a new level. CBS radio is in the content business and created mega opportunities to partner with other CBS media branches thru online and television. (Getting 6 more spins into overnights before Saturday at midnight is the last thing on radio decision makers minds!)

Streaming First
There is mighty power in streaming. Numbers are up…big time. As the popularity rises, so does opportunities for artists, writers, publishers, session players and the companies who record them to make bank. Spotify, iHeartRadio, SiriusXM, Pandora, Rdio, Beats/iTunes, Rhapsody, Shazam, SoundCloud, Grooveshark and so many others have open doors and opportunities that are indigenous to their unique operating models. These groups offer everything from placement campaigns; to eyeball-to-eyeball presentation of new acts; to partnerships.

Typically, these music outlets are represented through a recording company’s sales and/or digital marketing departments, but what if promotion strategists unleashed equal time and resources to these outlets? Perhaps the promotion dragon slayers of today should master this online list of relationships first, then move to the “chart game” strategy after seeing signs of real traction which would justify the spending necessary to drive a hit record to terrestrial radio!

Restructuring
The music company structure needs a close examination. With no pun intended, there needs to be some “stream lining.” Promotion may always be the force that gets music heard, but maybe we should question which bears to wrestle—when and for what reason. 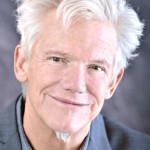 Skip Bishop is a former Sr. Executive at RCA New York, MCA Los Angeles and Sony Music Nashville and HitShop/WMN. He also created one of the country’s largest and most successful music marketing and promotion firms, Bishop bait and Tackle, NYC. But his first and lasting love is Radio where he programmed and hosted morning shows across the US.

Your Shoot Sucks: Top 10 Ways To Screw It Up
Show Me The Money