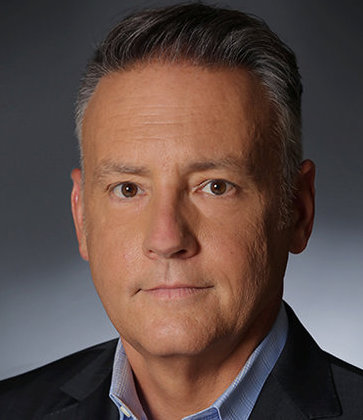 Randy Goodman became top dog at Sony Music Nashville about six months ago, returning to the label where he worked under Joe Galante both in Nashville and New York. Goodman also gained leadership perspective rising to head Disney’s new Nashville imprint, Lyric Street which closed in 2010. Since that time he has been absent from record label front lines—and as everyone knows, especially Goodman—a lot has changed in that short space of time.

The following article was taken from the CRS Keynote Discussion where Sony Music Nashville’s new leader and other panelists spoke to a crowd about transitioning into new roles. I found Goodman’s comments to be especially insightful and decided to extract his observations into a single article (edited for readability).

Goodman shared his thought process as he assumed control of the large label machine and the goals and challenges he set for himself and the company. He addresses the importance of breaking new acts, streamlining company structure, managing revenue streams and much more..

Charlie Morgan: Has the business changed much since you left Lyric Street around 2010?
Randy Goodman: Certainly. There are all sorts of revenue constraints, different distribution channels and that clawback of trying to make money in certain situations where there doesn’t seem to be any. As it relates to Sony Nashville, three things were very important to me from the beginning—artist development, revenue and profitability. It’s no secret that Sony has had some artist development struggles. Everyone is watching to see if we can break some artists. A label can only live so long on superstars and catalog without new artists to bolster a roster. So No. 1 for us was asking how can we get into the marketplace quicker with projects we are excited about. From a revenue perspective the industry continues to see physical and now digital sales go away while streaming seems to barely buy the water we are drinking here at this panel. So to maintain the necessary infrastructure to actually be an artist development company, one needs to understand where the new opportunities are, focus manpower and dollar resources accordingly and ultimately find a way to profitability. A nice surprise was finding a staff of great, excited people. They just wanted to be let go to do what they are supposed to do—find things like Cam, Old Dominion, Maren Morris, release a great new Chris Young record and prepare a Carrie Underwood launch. There was a bit of an overgrown garden when I arrived, so I did some pruning so that we can focus on the things showing the most promise.

After careful pruning we’ve backed away from projects that perhaps weren’t making sense. That’s helped our relationship and given us added credibility.

Charlie Morgan: How is radio reacting to your gardening efforts?
Randy Goodman: So far there has been a real desire by radio to help. After careful pruning we’ve backed away from projects that perhaps weren’t making sense. That’s helped our relationship and given us added credibility. Whatever we bring these guys has to be something we truly believe in and have great passion about. We also needed a more agile team approach that could cut across what I perceived as a siloed organization structure. We got the departments talking and began pushing down many decisions to some very qualified people. 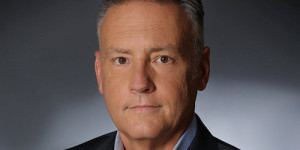 Charlie Morgan: Record labels talk relentlessly about identifying, elevating and nurturing talent as being the piece that drives all other elements. Still true?
Randy Goodman: Yes, there’s new nuances because we’re looking for people with digital skills, but it is and has always been about combining talent with a great work ethic, a passion to get things done and a strategic focus. When I first started at Sony I gave my staff a book called “Execution: The Discipline of Getting Things Done” by Larry Bossidy. The book says you can have lots of great ideas and goals, but if you don’t execute on any of them, then none of it matters. It’s interesting to see that artists are arriving with more of a fan base. I’m signing acts that already have a booking agency and are doing 100 dates a year. They are doing social marketing; what we might call missional marketing or branding and have music online. These new artists come in with a clearer sense of who they are and what they want to be than artists did in years past, particularly in the early days when I was first hired at Sony (RCA) by Joe Galante. In those days somebody had a great voice and then a producer would find a song for them. The process often felt more manufactured than today. Today artists are out developing their brand long before we get involved. That means we can then get to the marketplace quicker.

Charlie Morgan: What data pieces are you watching to find these new artists?
Randy Goodman: For us every transaction is an analytic. We study everything which might indicate sales-to-spin in a measurable way. And we have a fascinating group of people in New York that sit around, take these deep dives and are able to offer us some great perspective. For example, we have this new act Kane Brown who surfaced from social media with no airplay at radio. I went to Knoxville to see him perform. It was a 2,000 seat club and the fire marshall was forced to cut off the line. That kind of amazing turnout is a transaction that becomes a pre-radio analytic, it gives us a story to tell radio. Then we can say, “We’re not asking you to go out on a limb. Here’s 2,000 people that paid to come into a venue and you haven’t spun it yet.” So whether it is sales, hard tickets or social we try to look at everything and become more goal oriented. Ultimately, studying the analytics should allow us to set better goals and create better plans.