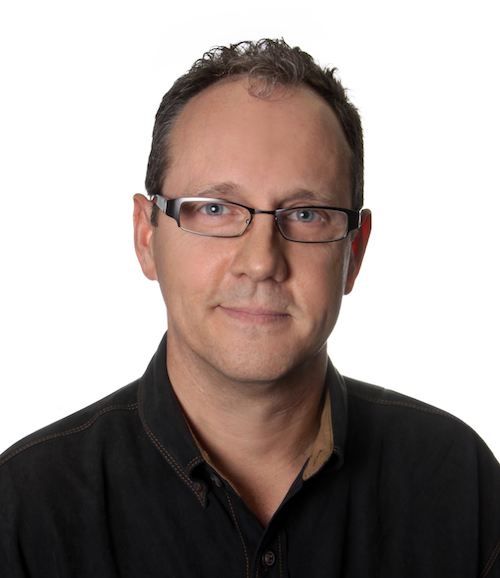 Shelby Kennedy graduated Belmont in 1985 with a BBA in Music Business and then a short eleven years later was honored by the the University with its first-ever Mike Curb School of Music Business Award of Excellence. That fact says a lot about his talent. Kennedy grew up with a front row seat to Nashville’s music industry. His father ran record labels, produced legends and was one of country’s musical architects, so it should be no surprise that Shelby listened to and followed the musical muse as well.

After a broad-based career with stints on virtually all sides of the industry including songwriter, publisher, PRO, Label executive and more, Shelby is now forging new relationships and bringing opportunities to artists and songwriters as Nashville VP of Entertainment Relations for Tunecore.

The following interview details how the forward thinking executive arrived at this new career crossroads and why it’s empowering artists and publishers. He also explains why artists should begin building an audience immediately and how changes in revenue streams have reversed the traditional music industry sales blueprint—making music the commercial for the tour, instead of vice-versa. READ ON…

NEKST: What career highlights have meant the most to you?
Shelby Kennedy: I grew up in an artist development world. Dad (Jerry Kennedy) ran Mercury Records and before that he was an A-team musician guy. For example, he played guitar on “Pretty Woman,” dobro on “Harper Valley PTA” and sat in on Bob Dylan’s Blonde on Blonde album. He began producing Roger Miller then Tom T. Hall, the Statler Brothers and many more. So being around my Dad geared me to be artist development oriented. And that background carried me to the publishing world where in my senior year of college I co-wrote the B side for Ray Charles’ “Seven Spanish Angels” and Reba’s “I’m A Survivor” (with Phillip White). I later worked as a song plugger for Billy Sherrill and Al Gallico; then for Harold Shedd at Music Mill; and moved to ASCAP for about 10 years where I met with lots developing writer artists. Next stop was Lyric Street Records as Dir. of A&R where we brought in Shedaisy and signed Rascal Flatts. 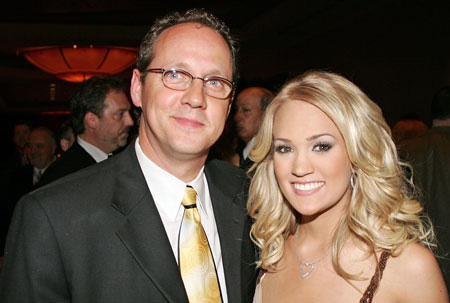 NEKST: Then you returned to the PRO world?
Shelby Kennedy: After a four year stint at Lyric Street, I transitioned to BMI to do what I’d done before at ASCAP. In so doing I became possibly the only guy ever to be a Writer Publisher Relations Executive at both ASCAP and BMI. I was a BMI writer when ASCAP hired me and then an ASCAP writer when BMI hired me. And I enjoyed it all. Artist/writer development must be in my DNA.

“The major labels are not signing artists anymore, they are signing audiences.”

NEKST: But Tunecore seems quite a stretch. How did you get there?
Shelby Kennedy: The industry continued to morph and I was asking myself, “How can I be part of the solution?” I started thinking about the music tech space and who isn’t in Nashville that should be? And I realized, being a native Nashvillian, I could help the right company get integrated into the community in a way they could never do on their own. Eventually, I reached out to Tunecore CEO, Scott Ackerman via LinkedIn. That’s how we hooked up and then I sent a letter asking, “Have you ever thought about opening a Nashville branch?” That note stirred an almost instant trip to New York for discussion. And finally, here we are.

NEKST: They must have been thrilled?
Shelby Kennedy: I knew that Tunecore was great for young and emerging talents—to be able to say, “Mom I’m in the iTunes store.” But then I realized that having access to a business model that doesn’t take sales revenue would be great for professionals too. People up and down Music Row are sitting on content waiting for someone else to bless it and that no longer makes sense.

NEKST: Explain?
Shelby Kennedy: Everyone wants to play in the superdome, but when they get to the field someone is already on it and they can’t get a spot. So they hang around outside saying, “Please invite me to the game.” I say, why don’t you play your own game? You’ve already got your own stadium. Do well and you’ll get invited to play in the big stadium, too. The former head of Twitter music, Bob Moczydlowsky said well, “The major labels are not signing artists anymore, they are signing audiences.” Playing your own game can build your own audience. So don’t sit there waiting on a gatekeeper. It’s the story of a Logan Mize, Chris Janson or Florida Georgia Line. They all did their own thing. You need an entrance ramp, but why wait for someone to build it when you can do it yourself? The major labels used to reach down and pull you up. Now they reach out and pull you over.

NEKST: How does Tunecore work exactly?
Shelby Kennedy: At its inception, Tunecore was a digital distribution mechanism designed to help people get their product into the digital retail space and retain 100% ownership using a flat fee subscription model. Since then it’s added some additional services like publishing administration, sync placement and more. But at its core, it’s still about empowering the indie person to retain ownership and creative control of their career. Years back when someone said they had a new record deal our first question might have been, who’s got distribution? Are you seriously going to be in the marketplace? Now that isn’t even a question.

NEKST: How is Nashville adapting to this? What are your clients like?
Shelby Kennedy: The beauty for Nashville is that Tunecore is for the emerging and the established. At first I saw it as just for emerging, but almost every professional in this music center is likely to have some kind of dealing with us in some way, at some time. Whether it is a well known publisher, producer or management company. They are all moving into the artist development business and if they can establish an audience then they can appeal to a label. And why give away sales revenue as you are developing everything? Tunecore just charges a flat fee, you keep all the sales revenue. We also pitch for feature placements in the digital retail stores to get releases highlighted as “new and noteworthy.” We are focused on connecting the talent with the opportunity because everybody wins. Personally I love the gatekeepers being gone and people having their own onramp. How many people in this town have heard somebody say, “No” that maybe wasn’t even qualified to make an informed decision?

NEKST: You don’t take a percentage of sales, so how do you get paid?
Shelby Kennedy: The artist doesn’t subscribe, each artist release is its own subscription. If someone releases a single it’s $10 for anywhere and everywhere in the world. Each additional year it renews for $10. It costs $30 for an EP or Album which renews every year at $50. With each of those examples you get 100% of your sales revenue. It’s a great deal. There’s also a variety of additional services including research to find out about how a song is testing and publishing admin for example, but distribution is a flat fee subscription model.

NEKST: What about sync placement?
Shelby Kennedy: It’s part of publishing administration which is a 10% annual deal. Just like any other admin. If we create a sync placement we commission 20% on that instead of 10%. That’s about it. We’ve found placements for some writers who belonged to larger publishers, but carved out special projects for us.

NEKST: How do you see artist/label relationships evolving?
Shelby Kennedy: I was asked this question by my Belmont students today. Major labels are awesome when they work. But today what is a record label? Again, I say a recording is something to manage. And a label will be defined by how that should be managed. Managers, publishers or standalone artists might all have different needs when releasing music because the recording is often the commercial for the business. Years ago if you were a label you told the artist, “Go play that gig; tour, promote, tour, tour—all designed to sell units. But today it’s flipped to, “Get this unit everywhere in order to sell, sell, sell the tour.” Where the money comes from has shifted. Songwriter/publishers are suffering in this arrangement because they are not part of the gig, just part of the commercial. That needs to be fixed because songwriters are the seed that makes the garden grow. I have faith it will.

You need an entrance ramp, but why wait for someone to build it when you can do it yourself?

NEKST: How do the college kids you teach find or listen to music?
Shelby Kennedy: When you ask them about music listening habits, hands don’t go up for terrestrial radio. YouTube is radio to them. What is entertainment now? I love to fly fish, the act of standing in the stream and casting. Do I have to catch something to enjoy it? No. There’s a whole generation finding entertainment is in the search and not necessarily in what they find. They love to control the search which puts terrestrial radio at a disadvantage.

NEKST: Closing thoughts?
Shelby Kennedy: Think about the words “music business.” Historically, “music” included all the creative stuff and the “business” side exploited and monetized using mostly established tools. Now the business side has to be just as creative (if not more) than the music side which is taking everything to new places. Put the creative animals we all are in both chairs and it opens many possibilities to fill new voids. The blueprint for success is no longer written, we have to redraw it ourselves. Traditionally Nashville had lots of creatives in charge, I think we are starving for that now.

Songwriter Lessons To Learn While Climbing The Charts
Anatomy Of A Songwriter Signing; Jessi Alexander