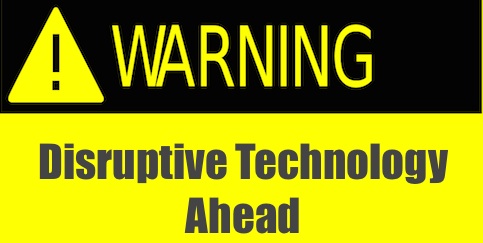 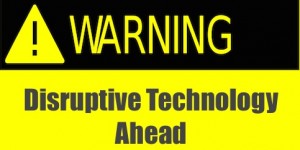 Music consumption is shifting from ownership to access faster than most experts expected. Streaming revenue is growing, but will it ever offset the deficits caused from the loss of physical sales revenue? The anecdotal saying. “We earned dollars with physical, dimes with digital and now fractions of pennies with streaming,” has basis in fact. But what will the new music business look like when the transition is completed? Who will benefit? How? And when?

“We’re approximately five years away from the transition seeing its full evolution financially,” says Neal Spielberg who heads Spielberg Entertainment. “Competition will drive subscriber rates down in the short term, then they will rise in years 5-8.”

“The quicker streaming grows the more it exacerbates the reduction of inventory at the retail accounts,” says Joe Galante former head of RCA/Sony Music Nashville and President of Galante Entertainment. “People who love an artist may not have a reason to explore their full CD catalog so artists will live more from track to track and not across a body of work. Also the dynamic of rental vs. owning may not have the same financial impact with regard to recording income. Seems like we will be more about airplay/streaming than actual sales in the next few years, but it’s all a guess.”

In the meantime, the music business like every other enterprise remains a balancing act between revenue, expenses and ROI. Country music labels have embraced digital marketing, and ancillary 360 revenue streams to try to keep that balance in the black, but radio promotion and marketing costs, have not marched downward in lock step with sales revenues. 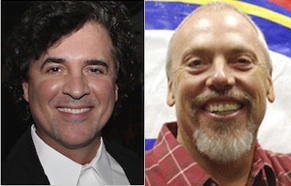 And yet as reported recently in the New York Times, country music is perhaps more popular than ever. “Nashville has become a musical superpower,” Scott Borchetta told the NYT last week. The article says Media companies like Cumulus which owns about 461 radio stations are investing in country’s mainstream appeal. Cumulus has introduced a country-themed brand and, “…wants ‘Nash’ to encompass not only radio, but also television, print and online media, and even licensed merchandise like kitchenware and cars.”

Younger audiences are embracing country music, buying concert tickets, reading about, tuning in and being influenced by star brands like Luke Bryan, Hunter Hayes, Blake Shelton and Taylor Swift. Even the format’s trade organizations, CMA and ACM, are leveraging the music’s popularity to reap monetary rewards from licensing award shows and festivals. Only the big labels seem to be missing out on the gravy train—spending carloads of cash promoting new artists against an ever-shrinking sales ROI.

Tim Gerst, Hitshop Sr. Dir. Digital Strategies says the transition is about user engagement. “The key purpose of streaming is to allow consumers to discover and share new music,” he says. “Consumers seek instant gratification in everything they do, including wanting every single piece of music in the palm of their hand. What better form of organic, viral marketing than a fan listening on a streaming service, then sharing their activity with their friends on social platforms? Friend recommendations are the most authentic and real form of music marketing. Streaming revenues are growing by the millions yearly and will continue to rise as more users migrate to the subscription-based services.”

A bright spot is Sirius XM Radio’s affable John Marks who regularly takes the road less traveled to uncover new artists and help listeners discover and share new music providing a kind of middle ground between terrestrial radio and streaming. The Wall Street Journal recently highlighted this “unlikely new power broker.” According to the article, “Country radio stations have long had a particularly cozy relationship with big record companies, whose lobbying efforts include wining and dining broadcasters at the annual Country Radio Seminar. That makes it difficult for independent artists to break through. But new music services from Sirius XM, Pandora, Spotify and others are starting to disrupt Nashville’s long-closed ecosystem.”

These numbers attempt to estimate and compare the dollar loss in Nielsen SoundScan reported physical and digital sales for 2012 and 2013 against the gain in subscriber revenue as reported by RIAA. Net one year loss equals $359 million. $7 billion is the current value the RIAA places on the US entertainment industry.

The article credits Marks with “building audiences,” on his satellite radio channel The Highway and helping break artists like Cole Swindell, Chase Rice and Florida Georgia Line. Cumulus Chief Executive Lew Dickey told WSJ why he doesn’t think that approach will work on his terrestrial country stations. “Highway’s intense focus on new, unfamiliar music wouldn’t fly with mainstream audiences that listen to NASH country stations,” he says. “They’re inclined to tune out when they don’t recognize song after song.” And yet when Marks put “Cruise” on the radio the unsigned act (at that time) sold almost 200,000 downloads in three months with little or no FM play.

Change comes slowly to an industry that has built its success on decades of hard work. But although it remains to be seen if streaming will offset shrinking sales, clearly Country music is more popular than ever. Endorsements, licensing, branding and touring are exploding. The 360-deal started rebalancing the models, but what’s next? Are greener pastures ahead for everyone or like a game of musical chairs will some players find themselves without a seat?

Edison Research’s Larry Rosin recently told attendees at Country Radio Seminar that mobile phones, in-car internet, streaming and the plethora of media choices has the potential to completely rewrite the economic balance between radio, records and consumers. We are on the verge of reaching a tipping point.

Copyright: Understanding The Songwriter Equity Act
In The News 4-21-14